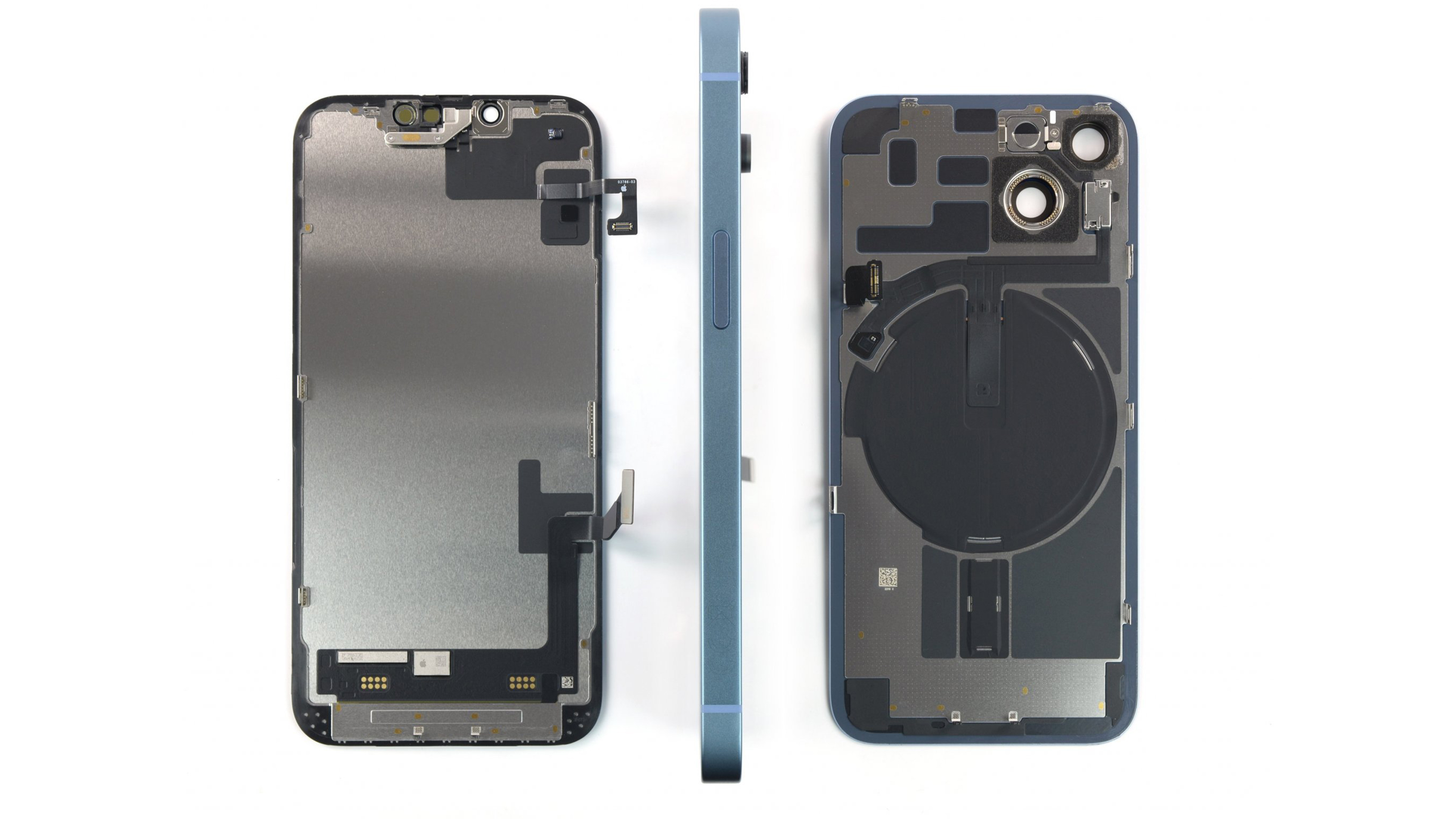 When Apple originally showed us the iPhone 14, it explained that the new heat management system would make it easier to remove the back glass without replacing more of the chassis. Now a teardown of the device from self-repair experts at iFixit has shown this to be true and demonstrates just how much easier this makes repairing the phone.

With older iPhone designs, including the new Apple iPhone 14 Pro and iPhone 14 Pro Max, replacing the back glass required more expertise than even some phone repair experts could provide. As iFixit says, the “easiest” method involves a laser cutter and scraping away glass shards with razor blades. The site says self-repair on the back glass is “not really a viable process for DIYers.”

On the iPhone 14, on the other hand, the back glass is secured with two screws, a connector, and some adhesive. That’s it. The front screen is attached in the same way, with only two screws. iFixit describes this level of simplicity and access as “incredible,” and photos of how easy it looks to remove and repair would lead us to agree.

It should be noted that Samsung’s Android phones are similarly difficult to repair, like the iPhone 14 Pro, and require extensive tools and knowledge. We had some experience with Samsung’s self-repair kit, provided to us by iFixit, and the process was difficult and imperfect but left us with a phone that looks pretty good and works as well as expected.

Analysis: Good design has many benefits

Apple offers a self-repair program for its newer iPhone models, and we assume this will include the iPhone 14. While this new design seems like it would be much easier to repair, hopefully that will also make repair jobs much cheaper, especially for folks who do not opt into Apple’s warranty program or a similar phone insurance program. Repairing an iPhone currently costs hundreds of dollars if you’re not covered by warranty or insurance.

It is interesting that Apple promoted this as heat management and made little mention of the fact that this could make self-repair easier. Apple has seemed to open support routes for home repair enthusiasts but is understandably equivocal about self-repair.

While there are many reasons why design improvements can benefit both user performance and repairability, it’s understandable that Apple does not want to broadcast this feature to owners, especially those who opted for the lowest price point, at the risk of confounding buyers who went for the much more expensive models.

How Cate Blanchett Pitched Her Own Episode of 'Documentary Now!' Season 4