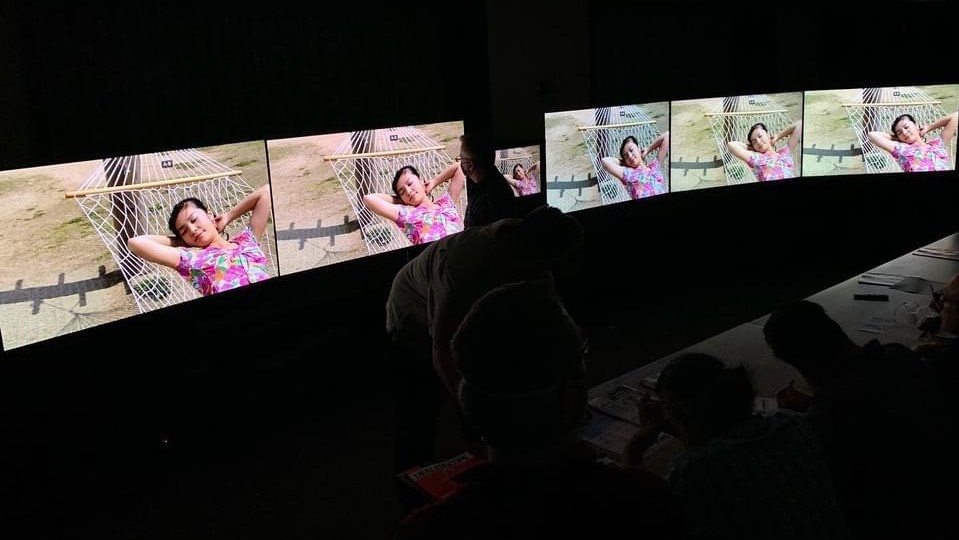 Value Electronics, an A/V retailer located just outside New York City, has been conducting an annual ‘TV Shootout’ for nearly two decades. The Shootout traditionally gathers a panel of TV testing experts and puts them in front of the best 4K TVs to decide which one is the absolute best – an honor that Sony earned this year for its A95K QD-OLED model.

With the rise of 8K TVs, the Value Electronics test has expanded in 2022 to include a separate test for that category, with LG’s Z2 OLED model taking the 8K crown at this year’s Shootout.

To create an even playing field for the evaluation, each TV is first adjusted by a professional TV calibrator. The sets are then arrayed side by side along with a 32-inch Sony professional broadcast reference monitor, and fed test patterns and regular movie scenes over a video distribution network. This arrangement allows for the expert participants to evaluate the TVs simultaneously, with their votes tabulated to determine the winner in each category.

The evaluations covered standard high-definition content displayed in both a bright and dark viewing environment, and 4K high dynamic range (HDR) in a dark viewing environment. For the HDR tests, each set was further evaluated for “tone mapping,” or its performance when scaling the full contrast range of incoming HDR programs to the display’s maximum brightness capability.

Is QD-OLED the best TV tech?

The Sony QD-OLED had a first place standing in each testing category in the Value Electronics Shootout, and was followed closely by Samsung’s own S95B QD-OLED model. That result says quite a bit about the future for the new TV technology, which combines the best qualities of OLED with the Quantum Dots tech used by QLED TVs.

LG’s G2 OLED also closely trailed Sony’s QD-OLED in the 4K TV test. This tells us that regular OLED is still a viable contender, especially models like LG’s G2 and C2 that use the company’s higher brightness ‘evo’ panels. In fact, the G2 bested the Sony A95K in the peak brightness and 4K picture detail categories of the Value Electronics test.

The LG Z2 OLED model was also the winner in the 8K category, which proves that OLED can be expanded to even higher resolutions and greater screen sizes (the Z2 is only available in 77- and 88-inch options) and still successfully compete with the best QLED TVs.

What’s really interesting about the results of this test is the pricing aspect. At around $4,000 / £3,499 in a 65-inch screen size, Sony’s award-winning XR-A95K is one of the most expensive 4K TVs you can buy – not surprising given that it uses next-gen display tech.

But the Samsung S95B which uses the same display technology and was nipping at the Sony QD-OLED’s heels in the Value Electronics evaluation, is only around $2,600 / £2,799, making it the test’s real value champ.

You won’t go wrong with any of the sets that participated in this test, since they are all top models from top brands. But if getting a good deal is also of interest, you may want to do further research before simply forking over hard-earned cash for an award-winning flagship TV.

A Nothing Phone (1) Lite may be on the way