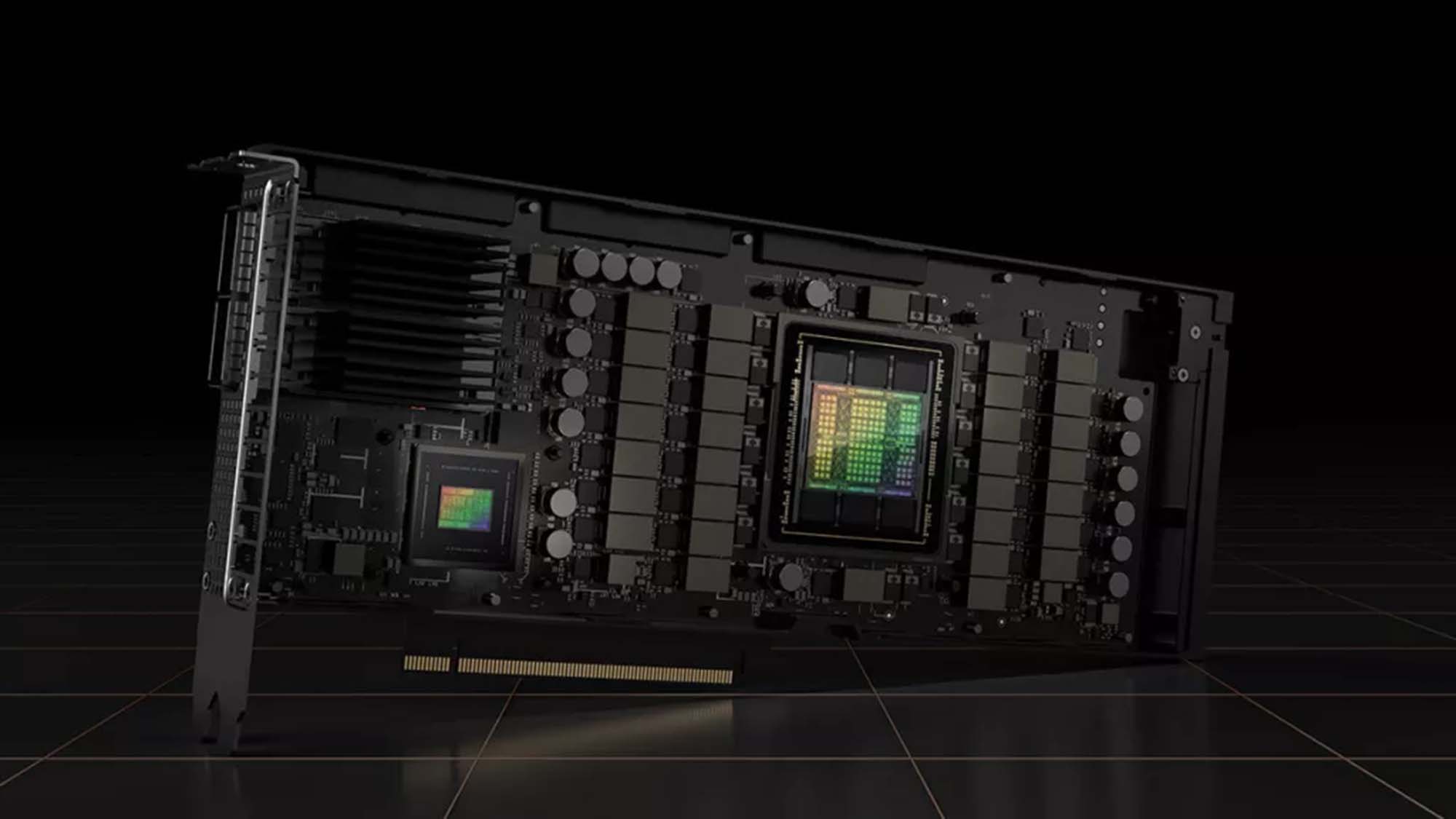 In the run-up to the Nvidia GTC event on September 20, there have been tons of rumors and leaks, especially concerning the Nvidia RTX 4090, which is expected to make its official debut. The latest leak, first revealed by Weibo (opens in new tab) and reported on by Wccftech (opens in new tab), is the Lenovo Legion GeForce RTX 4090 model, which may feature a massive triple-slot design that measures 14-inches.

The pictures also appear to show the length of the OEM, which is quite impressive in size. The triple-slot is a design choice also seen on the RTX 3080 Ti. Lenovo has put out two other models with similar overall designs, the RTX 3090 Ti and the RX 6900 XT.

There are also previously leaked photos of the card pictured inside the Lenovo Legion Gaming PC, showing how it cools itself. According to Wccftech, the triple-fan cooler in the card pushes air through the heatsink and, since the heatsink and backplate extend past the PCB, the air is pushed through the backplate’s cutout. We can also see in another photo the sheer amount of heat pipes attached to the heatsink and what could be a vapor chamber.

These leaks are painting a clearer picture of the RTX 4090, and, no matter the model, it looks like this will be one massive energy-guzzling graphics card.

But what’s the point of such a powerful (and power-hungry) card? The reality is most PC games aren’t strong enough to push past an RTX 3060, let alone truly take advantage of the power from a 3090 or any of the 4000-series.

One could argue that the upcoming Lovelace cards, which include the 4090, could lower the price of the previous gen, but that would have happened over time anyway since the main cause of the inflated pricing — plummeting crypto values, especially Ethereum, meaning more cards on the market and less being bought out by crypto miners — is a nonissue now.

Considering how much energy the 4090 is expected to use, at least 650W of power and possibly more when overclocked, PC builders will have to build around this card. Not to mention the sheer size, which will also affect the overall build.

And the worst part of this is whether the specs and benchmarks are even worth the power cost which, according to leaks so far, doesn’t seem to be the case. Of course, this is all conjecture based on rumors so take this all with a grain of salt.