Apex Legends Mobile Season 2.5: Hyperbeat launched this week, bringing loads of new content to Respawn’s pocket-sized battle royale. But along with the standard mid-season addition of a new battle pass and a new playable legend, Season 2.5 has introduced another interesting feature to the mobile game: more limited-time events than any previous Apex Legends Mobile Season to date.

To help you keep track of all the action happening this season, we’ve put together an in-depth guide to every in-game event planned for Apex Legends Mobile Season 2.5. This includes a schedule of upcoming Pro Mode weekends and future events, along with other season-exclusive activities like LTMs and store events. Keep reading for a detailed play-by-play of everything you can expect to see in this season of Apex Legends Mobile.

Want us to remember this setting for all your devices?

Please use a html5 video capable browser to watch videos.
This video has an invalid file format.
00:00:00
Sorry, but you can’t access this content!

Please enter your date of birth to view this video

By clicking ‘enter’, you agree to GameSpot’s

One of two events that started during the first half of the season and continued into Season 2.5, VIP Access tasks players with hunting down Party Ticks, a special sort of Loot Tick that resembles a Syndicate Pack. Party Ticks can be found in multiple locations in Kings Canyon–there are some photos hinting at their location in the VIP Access event hub–and, once shot, will explode just like a standard Loot Tick, spitting out high-tier gear for you and your squad to use.

But unlike standard Loot Ticks, Party Ticks will also give you access to a VIP Pass. The VIP pass will allow you to access VIP loot bins, collecting Hyperbeat Coins in the process. But the VIP Pass also has another function: granting access to the VIP section of the Hyperbeat Store, where you can use Hyperbeat Coins to unlock free cosmetics that aren’t available in the standard Hyperbeat Seasonal Store. Additionally, the VIP Pass will grant players access to a special set of VIP Challenges that reward players who complete them with cosmetics, currency, and other in-game loot. VIP Passes can also be purchased from the Hyperbeat Store. The VIP Access Event runs until October 18.

The second event to carry over from the first half of Season 2 is the System Anomaly Event, which serves as a teaser for Crypto’s arrival, and rewards players who complete event challenges with several unique treats–and a cryptic surprise. For more information on the event, check out our System Anomaly event guide.

The System Anomaly Event runs until August 26 at 5 PM PT / 8 PM ET, so make sure you finish up those challenges before time runs out.

Eyes In The Sky

Another Crypto-centric event, Eyes In The Sky requires players to complete a series of six challenges in exchange for prizes including Flux, an account badge, Hyperbeat Coins, and a spooky mobile-exclusive skin for Crypto. For more information on the event, its challenges, and its rewards, take a look at our Eyes In The Sky event guide.

The Eyes In the Sky event runs until September 6.

Just like the first half of Season 2, Season 2.5 has launched an enormous, 28-day login bonus event. Each day, players can log in to receive a new reward, and those who complete the event will rack up a total of:

Logging in for 28 days straight does require some dedication, but don’t worry too much if you miss a day–you can use up to five Retro Check-ins to keep your streak if you miss a day. You can even choose to set a reminder so you don’t forget to log in.The Login Marathon event runs until September 20.

Let’s Jam! is a unique event that consists of a series of 13 challenges (referred to as Trial Tasks), each of which gives the player a reward after completion. But there’s a catch–you can only complete one Trial Task per day, and the event only lasts 28 days. It’s worth the effort, though–especially if you’re a Lifeline or Mirage main looking for a new legend skin.

Rising Through The Ranks

Season 2.5 introduced the Pythas Theatre, a new POI currently docked at the Airbase in Kings Canyon (not to be confused with the Encore Galore, Rhapsody’s airborne concert venue). Landing at the Pythas Theater will give you the option to “Start the Party” at a control panel near the center of the POI. Activating the console starts a holographic Rhapsody concert that causes high tier loot to rain from the sky.

Due to the popularity of Pythas Theater as an early-game landing zone, chaotic fights between multiple squads are common. But the good news is, Rhapsody‘s got you covered. When her concert is active, a series of temporary “Dance Floor Buffs” will be applied to players within the POI. The type of buff depends on what kind of light show accompanies the concert.

The Pythas Theater Town Takeover does not have a listed expiration date, and may be a permanent addition to the mobile version of the Kings Canyon Map.

If you haven’t played much of the mobile game this season, don’t stress–there’s actually an additional login event for absentee players who have gone at least 10 days without logging in. Logging in after an extended absence triggers Returning Champ, a 10-day login event with 8 daily login rewards and a series of challenges that will give players who complete them a total of 15 rewards. To learn more about the event, see our Returning Champ event guide.

The Returning Champ event does not appear to have an expiration date.

A new lucky draw event is available in the in-game store, featuring Eternal-tier skins for Loba, Fade, the Charge Rifle, and the Spitfire. There’s no guarantee you’ll get the item you want (unless you purchase and open the maximum number of loot boxes, a pricey endeavor), but there are a total of 32 prizes, and one of those prizes is a set of Store Vault Tokens, a type of currency that can be used to bypass the random-roll mechanic and directly unlock the skin of your choice. You’ll need 10,000 Store Vault Tokens to unlock Eternal-tier items.

Rhapsody’s Underground Store Vault will be available until September 20. There is currently an empty slot in the in-game store with a placeholder image that reads, “Coming Soon,” implying another store event is likely heading to the game in the near future.

In addition to the huge number of events that are currently live, there are quite a few upcoming events on this season’s schedule as well. While we don’t know what exactly these events will consist of, we do know what they’re named and when they begin. The following events will go live later this season:

Pro Mode is a two-day event that occurs repeatedly throughout the season. Each week, a new Pro Mode challenge appears for 48 hours. Each week’s challenge is tied to a specific mode, and completing each weekly challenge rewards players with Hyperbeat Coins, a Seasonal Currency used to redeem mobile-exclusive cosmetics from the Hyperbeat Store.

That’s all we know about Hyperbeat’s jam-packed event schedule at the moment, but there is undoubtedly more exciting content on the way, so stay tuned for additional Apex Legends Mobile Season 2.5 news as the season progresses. In the meantime, more information about the changes and new content hitting Apex Legends Mobile this season can be found in the Hyperbeat patch notes.

Apex Legends Mobile is available for download on Android and iOS devices. 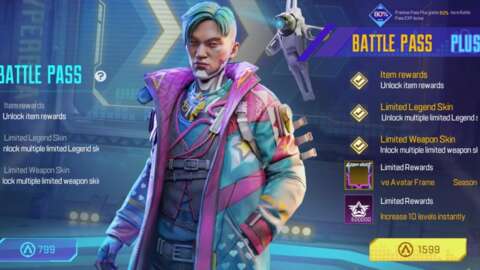 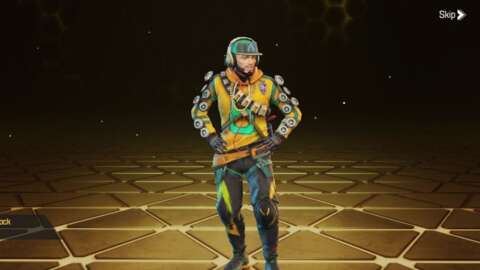 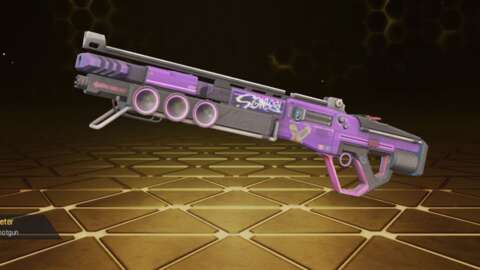 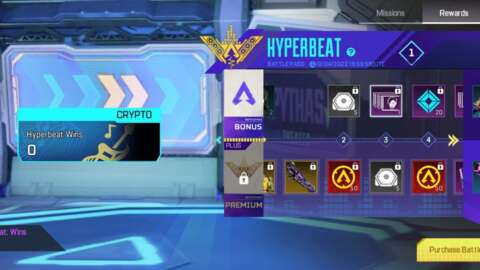 J.K. Rowling Reveals Why She Didn’t Appear in ‘Hogwarts Returns’